“Be authentic, start small, and realise you can make good music even with just a few good samples” – Ian O’Donovan

It’s been a decade since Ian O’Donovan truly announced his arrival on the scene with his sublime Aurora Borealis EP on Bedrock. Undoubtedly a pivotal moment in the Irish producer’s career, his rich melodies immediately caught the ear offering something distinctly different from many of his contemporaries in the techno mainstream. It is not a stretch to say his reputation for being a master of emotive melodies and soaring strings is now probably second to none in the industry. With his inimitable sounds having found homes on major labels as varied as Drumcode, KMS and Last Night On Earth. Ten years on and with O’Donovan firmly established within the electronic community he releases his first long player on the excellent XYZ label. I decided it was finally time to catch up with the Irish producer to find out more about the inspiration behind this masterful album.

I began by congratulating him on the album and asking about how he approached the long player format. “It is definitely different to making club tracks,” he says confirming that he didn’t see the point in making a ten track techno or ‘dancefloor’ album. “I started out with an idea to make a mostly deep, string lead project but I realised after a while that a more eclectic project might be more exciting to showcase different sides of my sound”. He expands on the process pinpointing the collaborative role of the label as a helpful factor “I had planned on releasing the album myself and had most of the tracks made but it was a daunting task. After working on the EP with them (XYZ), I thought it could be a good platform for this project and I felt they could help add to it”. It seems the collaboration proved effective at shaping the album into a more coherent whole “It was good to get input and other ideas on the direction of the album from enthusiastic outsiders and I’m really happy with how it turned out”.

And so he should be ‘Still Waters’ is an accomplished and well balanced album that is at turns both evocative, introspective, and upbeat. The trademark melancholic strings are there on cue sweeping dramatically into tracks such as the brooding and magnificent ‘Run Deep’ before segueing seamlessly into the deeper house melodics of tracks like ‘Sakura’. The LP is at times cinematic and expansive but equally able to shift gears and head to the dancefloor for adrenaline fuelled peak time euphoria. It hangs as a complete picture of an artist who has mastered his craft, the content brilliantly bookended by two slices of immersive ambience in the ocean wash of ‘Landfall’ and icy fm drift of ‘World Away (Exit)’

Curiously there is a strand of natural imagery which seems to permeate the album both in many of the titles and also in rich organic textures and forays into found sounds. Whilst many techno works seem content to explore dystopian themes, ‘Still Waters’ seems to draw on other influences to feed it’s sonic palette. We continued by talking about the inspirations at play behind the album and discussed whether ‘nature’ was a deliberate concept being explored. “Yes. I’m glad you recognised from the titles and feel of the tracks. I tried to keep to a general earth theme and adventures within that”. However, it seems that the power and beauty of the natural world was not the only influence with O’Donovan revealing that a period of binging on spy novels had inspired the moody widescreen atmospherics of tracks such as ‘Sentient City’ ‘the Aftermath’ ‘Fallen Reign’ and ‘Run Deep’. 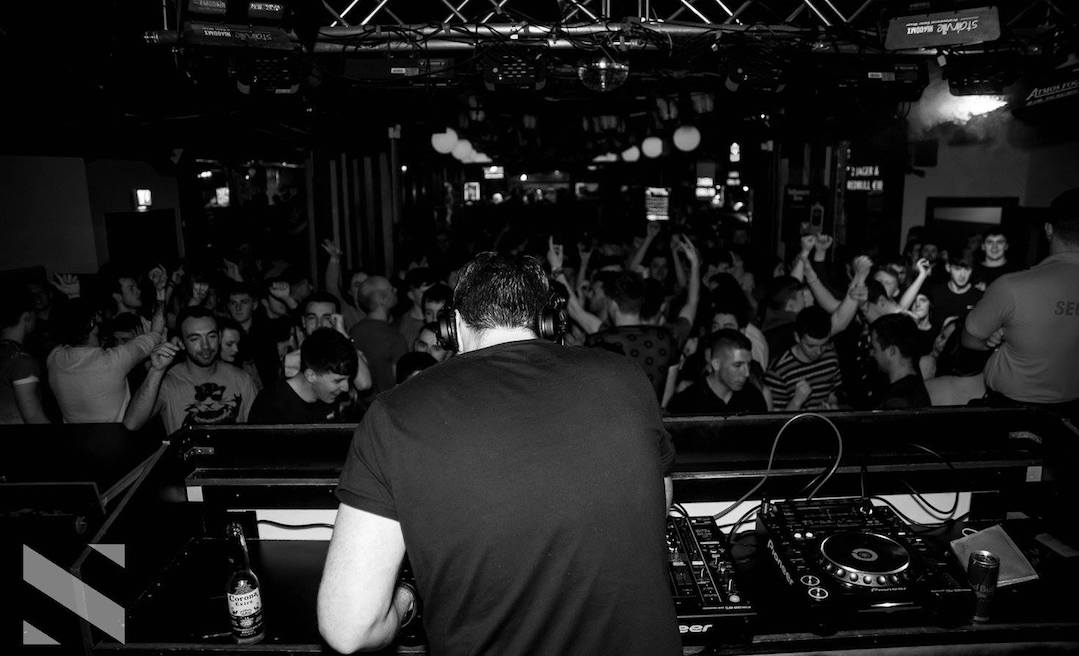 We move on to discuss the process of the making of the latter track, whose cinematic soundscape, staccato strings and live drum stylings see him exploring some new musical territory as a producer. I ask him if this was a conscious decision.

“I WANTED THE ALBUM TO SHOW DIFFERENT SIDES OF MY PRODUCTION…ELECTRONICA, BREAKBEAT AND AMBIENT TRACKS TO GIVE AN EBB AND FLOW THROUGHOUT.”

He goes on to reveal that those prominent live drums are not actually live at all “I used Logic’s Drummer feature. I then cut loads of these up with some other samples to create an organic feel”. O’Donovan successfully creates this warm almost jazzy breaks feel on a number of the key pieces and it’s a sound that no doubt a certain Laurent Garnier would be nodding his head in approval of. The Irish producer is quick to acknowledge his influence and support over the years “Laurent was probably the biggest influence on my sound both as a DJ and producer so when he started playing my tracks regularly before I had anything even signed, that was the ultimate gratification for me”. He describes contacting Garnier back in 2009 on a new platform ‘Soundcloud’ and how within weeks Garnier was playing and tweeting about his tracks ultimately creating a domino of connections and conversations leading to his signing to Bedrock. 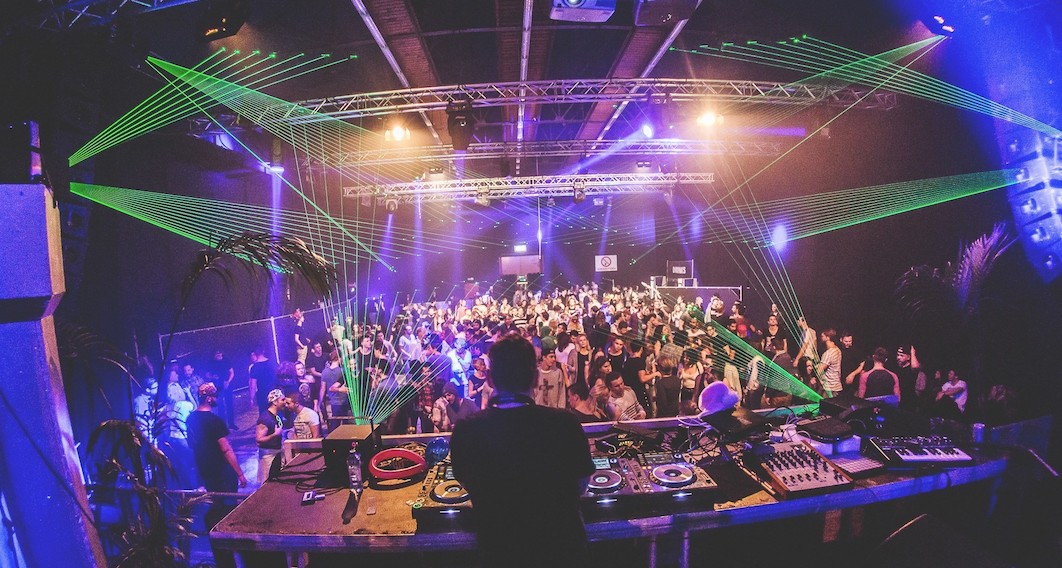 Digging deeper into his musical history he reveals that his early adventures in DJing and producing starting out with him playing with his Dad’s “double tape deck on this ‘cool’ Sony system’ then layering it with ‘guitars and playing drums on a lunchbox”. He singles out The Prodigy as having a transformative effect in his teenage years “it was probably the whole Prodigy sound that was a segue for me and many others I know”. I quiz him on whether his ear for melodies is the result of classical training but he places the emphasis on experimentation rather than any in depth musical knowledge “I played the guitar a bit when I was younger. I also did a course in music for film and games a few years ago”. However, he concedes that music theory “still bores me to tears” and that it is all done by ear and experimentation running sequences through his hybrid set up of software and hardware. “I try to make a simple, more stripped back track and then I try a synth and think oh that sounds good and can’t help myself” he laughs.

“I CAN’T STOP MYSELF TRYING DIFFERENT LOOPS THROUGH DIFFERENT SYNTHS AND SEEING WHERE IT TAKES ME!”

Nowadays, he considers himself primarily as a producer but his Proton radio shows still deliver consistently, showcasing his ability as a DJ to effortlessly straddle genres as he journeys through progressive melodic builders, deep Detroit numbers and raw techno jackers. Despite his focus on production he has had time to hook up with the Kepler crew for a live DJ stream an experience he describes as “cool” and format that “could be a more popular platform now that people have got used to the idea of seeing Djs regularly play online”. However he goes on to add that “nothing compares to getting together with other people and experiencing music collectively” and believes that a post Covid scene may involve more “open air events, limiting capacity in venues, live streaming of DJ sets to venues for those that can’t travel. I guess we just have to get more creative!” Despite the doom and gloom cast over the scene by the current situation, he is hopeful that it may allow the industry to take stock. He is quick to speak out in support of John Digweed’s recent comments on streaming services.

“I AGREE THAT ARTISTS SHOULD BE PAID MORE FROM STREAMING AND VIDEO PLAY AS THEIR WHOLE SERVICE IS BASED ON ARTIST OUTPUT SO WITHOUT ARTISTS THEY HAVE NO SERVICE. IT DEFINITELY SHOULD BE A FAIRER MORE SYMBIOTIC RELATIONSHIP…”

He goes on to explain how he hopes artists will continue to dig deep to find “innovative” ways to get their sound out there and “rethink how we experience music”.

“…BE AUTHENTIC, START SMALL, AND REALISE YOU CAN MAKE GOOD MUSIC EVEN WITH JUST A FEW GOOD SAMPLES.”

He says that he is currently “flat out” with production partnerships coming not only with Luca Gaeta and an album remix package but also with two of his favourite major artists. It’s O’Donovan’s own distinct and melodic style that has seen him stand out from the crowd over the years and in ‘Still Waters’ he delivers a masterclass in how to evoke emotions and warmth from his machines. The shimmering chords and ever-fluctuating arps of the album prove a rewarding home listening experience tied together fluently as a conceptual whole. No mean feat to accomplish when you consider the long player form is arguably a dying breed in modern music culture where tracks seemingly have such a finite shelf life. ‘Still Waters’ draws on inspiration from the powerful yet fragile world around us, a lesson we should all take heed of. It is techno with heart and soul and that is exactly what we need is these dark and uncertain days.

Sign up for the latest news, events info and special deals