Tripartite is made up of three music collectors that share a passion for the deeper and more obscure sounds that fall under the category of electronic music. Their mixes are built on a true passion for every genre of music from ambient to techno and breakbeat to jungle. Tracklist: 01. DJ Metatron - The Journey // Giegling 02. Alva Noto - Xerrox Neige // Noton 03. Inhmost - Crescent Moon […]

Antonym 002, mixed by Naïf, who is on fire here. Passionate about electronic music, Naïf takes us on the perfect journey of Jungle and DnB. Interlaced with beautiful vocals, MCs and an energy that just keeps building, we’re sure that you’ll love 002, just as much as we do. Thanks again to Naïf for putting this together for us and thanks to you all for listening Xx

Welcome to the first episode of our monthly ‘Antonym’ series which comes courtesy of Steve Arnold. With a musical appetite that spans many genres and hot on the heels of his recent release ‘Palawan Sunrise’ (64k Recordings), we think Steve made the perfect first choice for our new venture. The mix is absolutely sublime and we can’t wait to see what comes next from this guy.

“Be authentic, start small, and realise you can make good music even with just a few good samples” – Ian O’Donovan It’s been a decade since Ian O’Donovan truly announced his arrival on the scene with his sublime Aurora Borealis EP on Bedrock. Undoubtedly a pivotal moment in the Irish producer’s career, his rich melodies immediately caught the ear offering something distinctly different from many of his contemporaries in the […]

Funk D'Void - Head In The Clouds - 140821 Hi Funk D’Void, welcome back to DMCWORLD Where are you in the world right now? At home in Barcelona, working in the studio! What’s the best new record you’ve heard this week? Well I’m really into Lindstrom’s “Closing Shot”, I’m not sure how new it is, but I like the musicality of it… lovely sounds. You’re releasing your new single ‘Feels […] 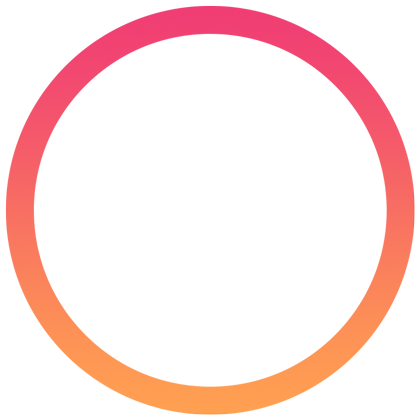 Peace is Power – a Musique Concrète fundraiser for Ukraine

Trip Radio is set to launch this Friday

Sorry, there is nothing for the moment.

With a passion for music bordering on obsession and an insatiable appetite for collecting music new and old; it is fair to say that Geraint Rees has made it his mission to share, create and curate music for others.

Whether it be hypnotic acidic techno or heads-down industrial grooves, William Anthony (WANT) defiantly does what he wants sweeping the crowd away in a fervor as he does so. From his early days as a resident at UGC Radio to taking the reins alongside Craig Mars as co-founder of new techno bastion Trip Radio, it is clear that he is a man who does things his own way. Having graduated through the nineties rave scene, he witnessed first-hand the underground free party spirit and community ethic that lay at the heart of the dance music at this time. He could regularly be found frequenting the dancefloors of legendary clubs such as Shelley’s and Club Kinetic soaking in the sounds during one of the most exciting periods in dance music history. After having a family he walked away from music completely to focus on his loved ones but in the wilderness years that followed nothing could quite replace the feeling of the glory days of techno. Inevitably he returned to set with a new determination to make his mark and take his vision for his own music to the next level. Within two years he had trained himself up as a DJ and a year later was sat in the production chair. After becoming a resident at UGC and DJ’ing alongside his fellow students at the School of Electronic Music he formulated the idea for Trip Radio with Craig Mars and the rest is history. His music with its no-nonsense approach is punctuated by metallic shimmering techno stabs and throbbing cavernous rhythms. These are sounds designed to lock you into their groove and spit you back out on the other side knowing you have been elevated to another level. With his residency on Trip now in full flight and productions in the pipeline for the year ahead, WANT is set to add his own artistic imprint to the grand canvas which is the legacy of techno.

Craig Mars Trip Radio Owner, Dj, Graphic Designer and heavy beat maker does not wave his hands in the air while he is DJing, He does not pretend to know everything and he will be nice to you and your friends (if you have a Beer ready for him). He is grateful to be running his own radio station with Trip Radio and playing music for a living and he knows that the reason people go to parties is to shake their ass and have fun. Craig Mars' weekly Friday show 'Buhloones' is full of House & Techno bangers with the added floaty bit’s to make even the sober feel off their barnets, enjoy!

Rohar is the dark alias of Cream Resident, Rob Harnetty. Since starting on this new path in mid 2017, Rohar has put out numerous techno releases on various labels across Europe as well as launching his own label “RoRecs” in 2018 which has also allowed him to delve into more quirky electronic and ambient sounds. His music has gained support from the likes of Laurent Garnier, Charlotte de Witte & Amelie Lens to name a few. Keep your eyes open for his ever growing discography.

Sign up for the latest news, events info and special deals